slider
North Jersey Federal Credit Union > About Us > About Our CEO 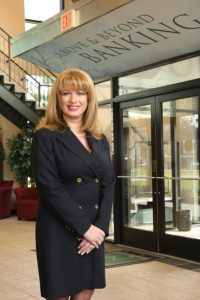 Lourdes Cortez began her professional banking career in 1984 as a representative at the North Jersey Federal Credit Union. After progressing through several positions, she became CEO in 2005. In the past 15 years, North Jersey Federal’s assets have steadily grown from $161 million to $233 million. As the first Latina CEO of a major credit union in NJ, not only has Lourdes’ stewardship increased the assets of North Jersey Federal, but her commitment to giving back to the community has been tremendous. One such example was the creation of New Jersey’s first student-run credit union with a state-approved curriculum.

As CEO, Lourdes crystalized the credit union’s community involvement with the creation of the North Jersey Federal Credit Union Foundation. Organizations that have received support from the foundation include Autism Radio, Boys & Girls Club, Boy and Girl Scouts, Eva’s Village, and the Marines Care Organization. For her decades of commitment to her profession, Lourdes has still made community involvement a priority. At every opportunity, she uses her influence to help the less unfortunate.

For her decades of commitment to her profession, Lourdes has still made community involvement a priority. At every opportunity, she uses her influence to help the less unfortunate.

On behalf of North Jersey Federal Credit Union, Lourdes has helped national and local charities, such as CASA (Community Action Social Affairs), the March of Dimes, and the American Cancer Society.

As the first Latina CEO of a credit union in New Jersey, diversity has always mattered to Lourdes, particularly since she has faced adversity herself.  She makes it a point to lead the credit union with compassion and inclusiveness. The credit union’s website was one of the first of its kind to have both English and Spanish versions.

Recognizing the growth of the Hispanic population, her diversity initiatives include Spanish-speaking employees at every branch. She had also instituted a gay-friendly environment providing benefits to employees and their partners long before equal rights campaigns became popular in New Jersey.  It is her personal mission that employees benefit from the success of the organization. Notably, North Jersey Federal Credit Union is a place where staff can grow with the support of the credit union through its many educational programs, fun events, philanthropic initiatives, as well as having all their banking needs met. Additionally, she has created a family-friendly work environment that benefits working mothers and fathers.  The credit union offers flexible work hours and schedules and allows parents to bring their children to work in the event of emergencies when they cannot get child care.

Lourdes hails from Paterson, New Jersey, where she grew up the middle child of five with an older brother and a set of triplet younger sisters.  Her parents were born and raised in Puerto Rico and moved to the United States when they were just 18 years old to begin a new life and a new family. Lourdes attended Catholic elementary school and public high school. Later, she attended Montclair State University and Kaplan College. As a dedicated single mother of three, Lourdes demonstrates that you can work your way to the top through hard work and determination. In her spare time, she enjoys spending time with her children, reading self-improvement and inspirational books, and golfing.

The North Jersey FCU Board of Directors firmly believes that the North Jersey Federal Credit Union’s continued success is a reflection of Lourdes’s personal merit and a testament to her commitment to excellence.

BOARD MEMBERSHIPS AND COMMUNITY SERVICE